AS SEEN IN ARCHITECTURAL DIGEST MAGAZINE

Manhattan has a reputation for small homes and even smaller kitchens. But when one Brooklyn family decided to renovate theirs, it wasn’t a lack of space that proved challenging. “The homeowners wanted to keep the walls free of upper cabinets,” says designer David Nastasi, one half of the Brooklyn-based firm Nastasi Vail. “So although, by New York City standards, the kitchen is large, we had to make the most of every square inch of cabinet space.”

To adhere to the homeowners’ wishes for a streamlined kitchen as well as the neighborhood’s Landmark Conservancy rules (the house dates from the 1860s), Nastasi consulted with local architect Camille Martin of TCM Studios to gut the room, removing an awkward vestibule and an enormous ventilation hood that dominated an entire wall. Nastasi installed brand-new appliances, vibrantly patterned cement floor tiles, and custom-made cabinetry in a cool gray hue. “The husband enjoys cooking, and he had a specific vision for the kitchen,” says Nastasi. “He wanted lots of light, lots of counter space, and to be able to have his children eat in the kitchen as he cooked.” The result is a light-filled kitchen that doubles as a family gathering space. Scroll down for more inspiring details. 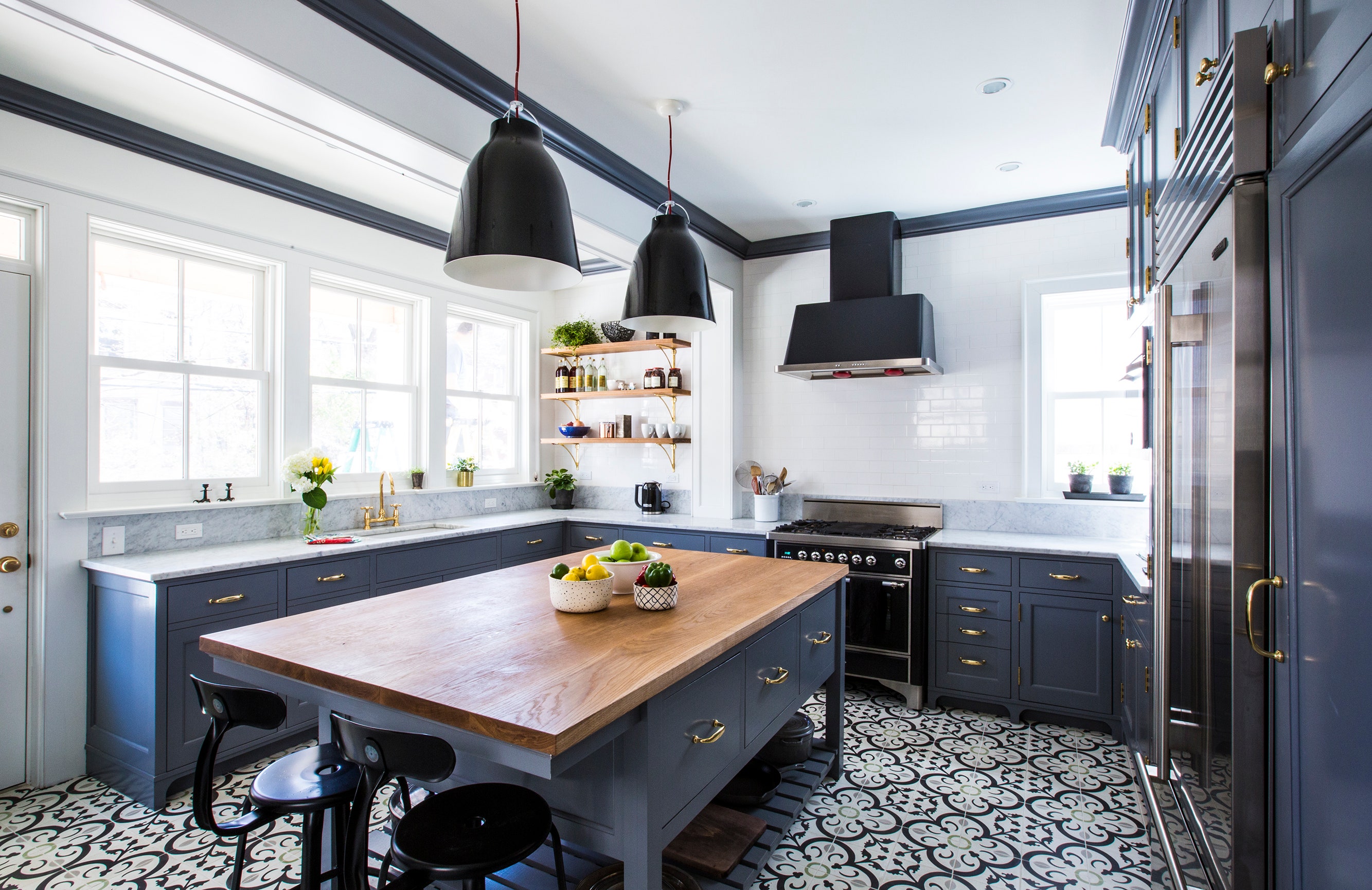 “The husband worked with us at every level, choosing the color combination of the custom floor tiles, species of wood for the island and open shelves, and even trying out the cabinet pulls to make sure the depth was comfortable for his hands,” Nastasi says. 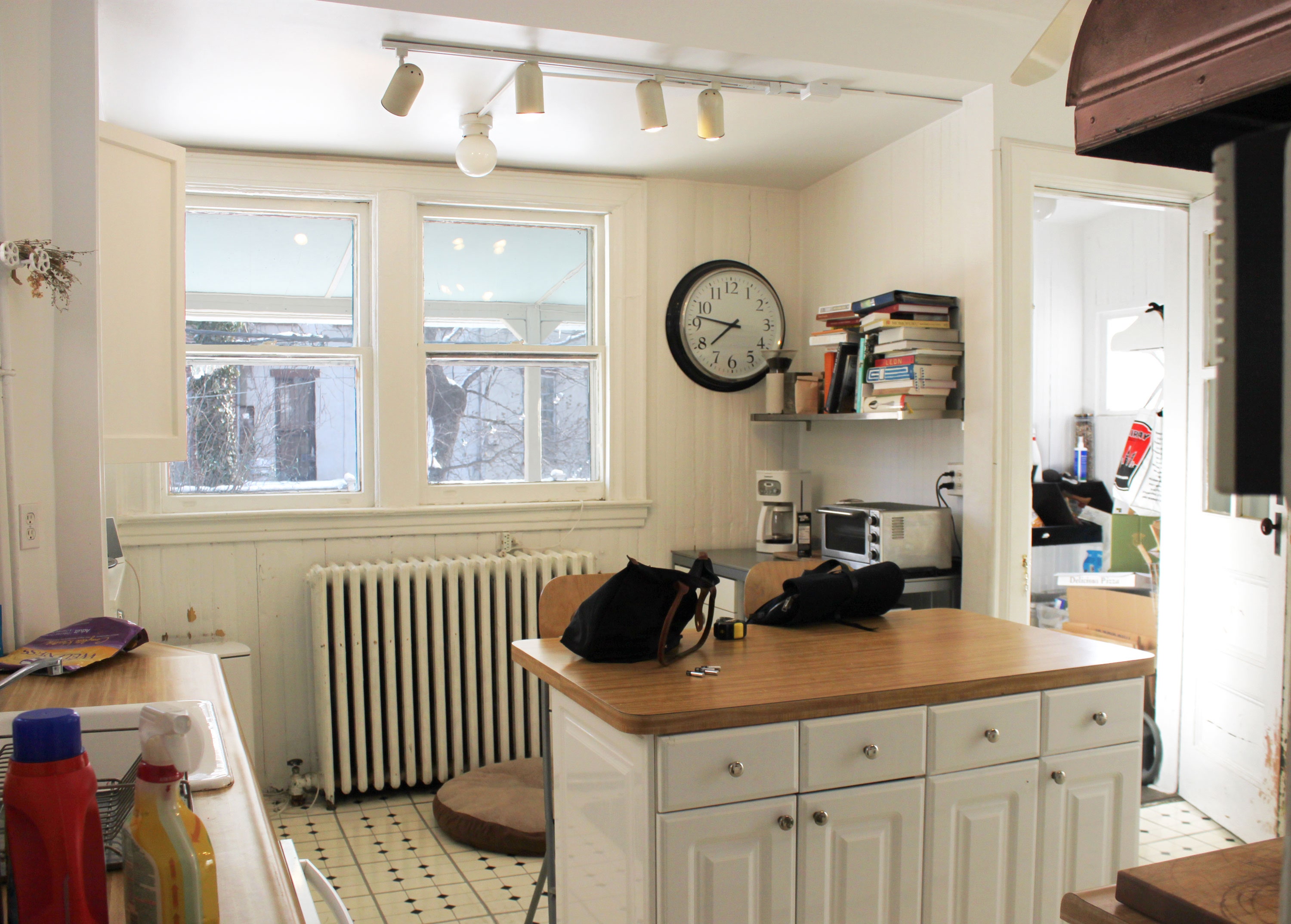 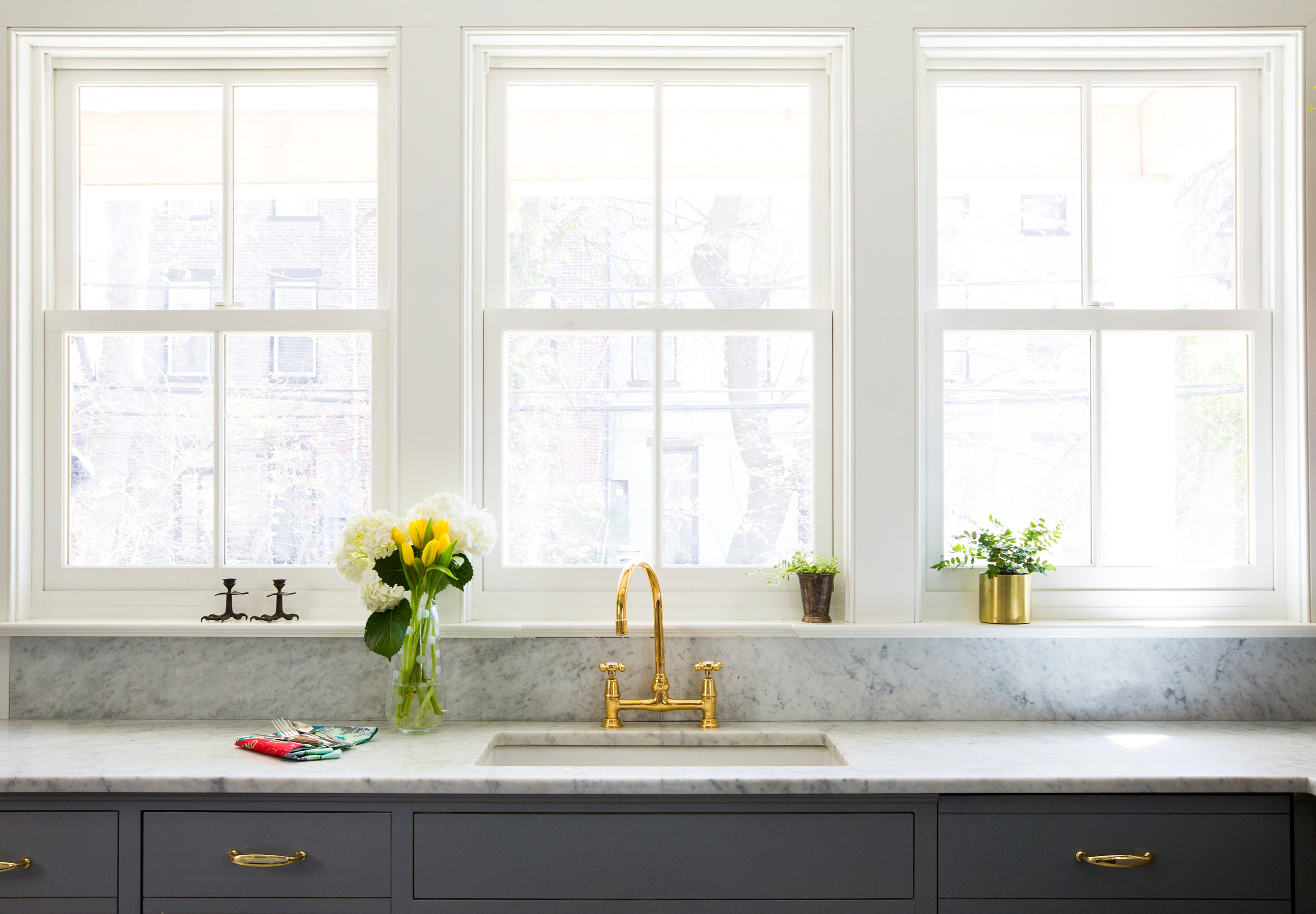 “The clients wanted to make the most of the windows,” says Nastasi. “Unlike the surrounding masonry brownstones, this wood-frame house was set in off the lot line and had existing windows on three sides.” 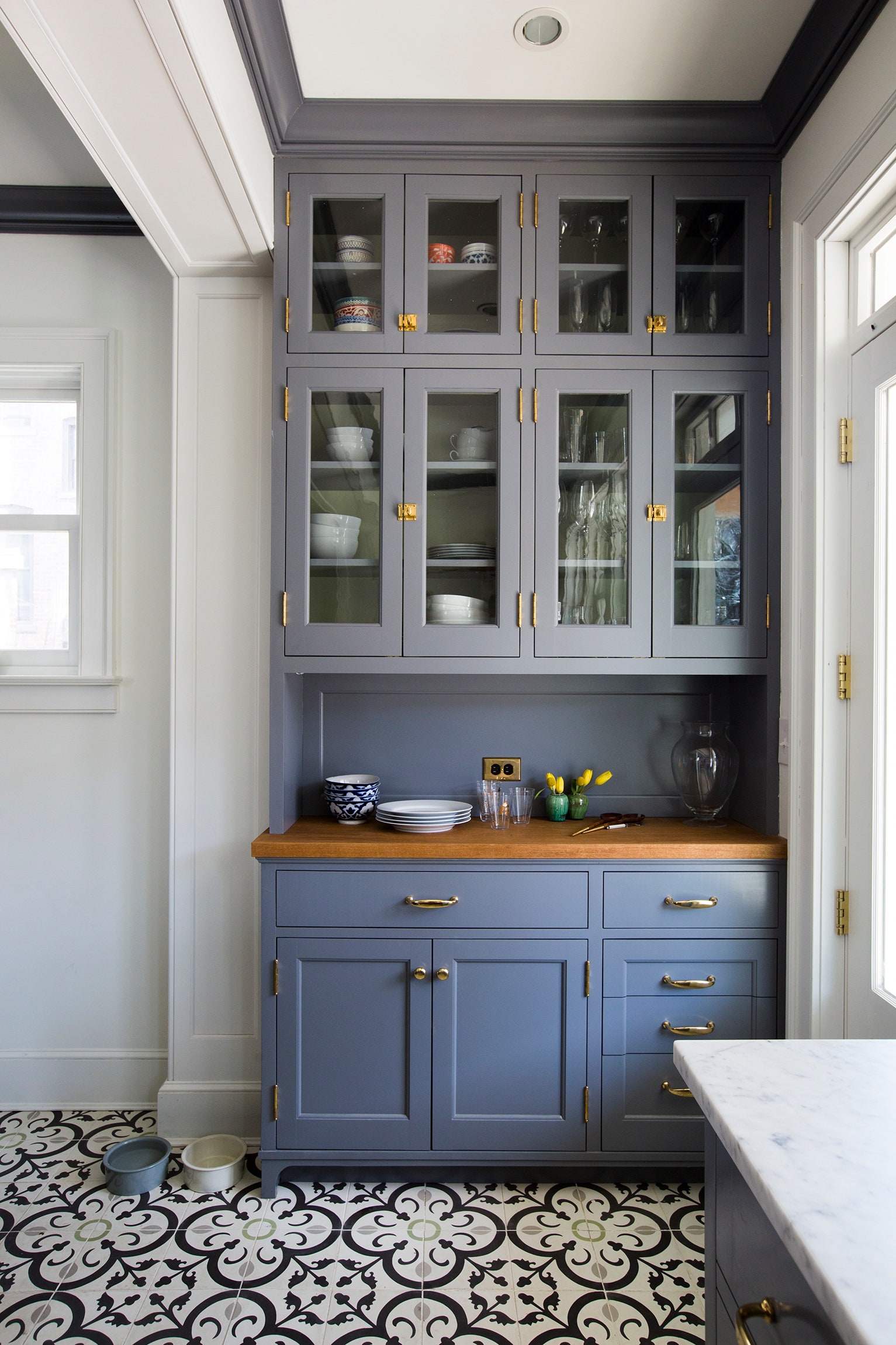 “Although we designed all the cabinetry in a traditional style, the homeowners insisted on a very clean line,” Nastasi says of the built-in storage throughout the room. 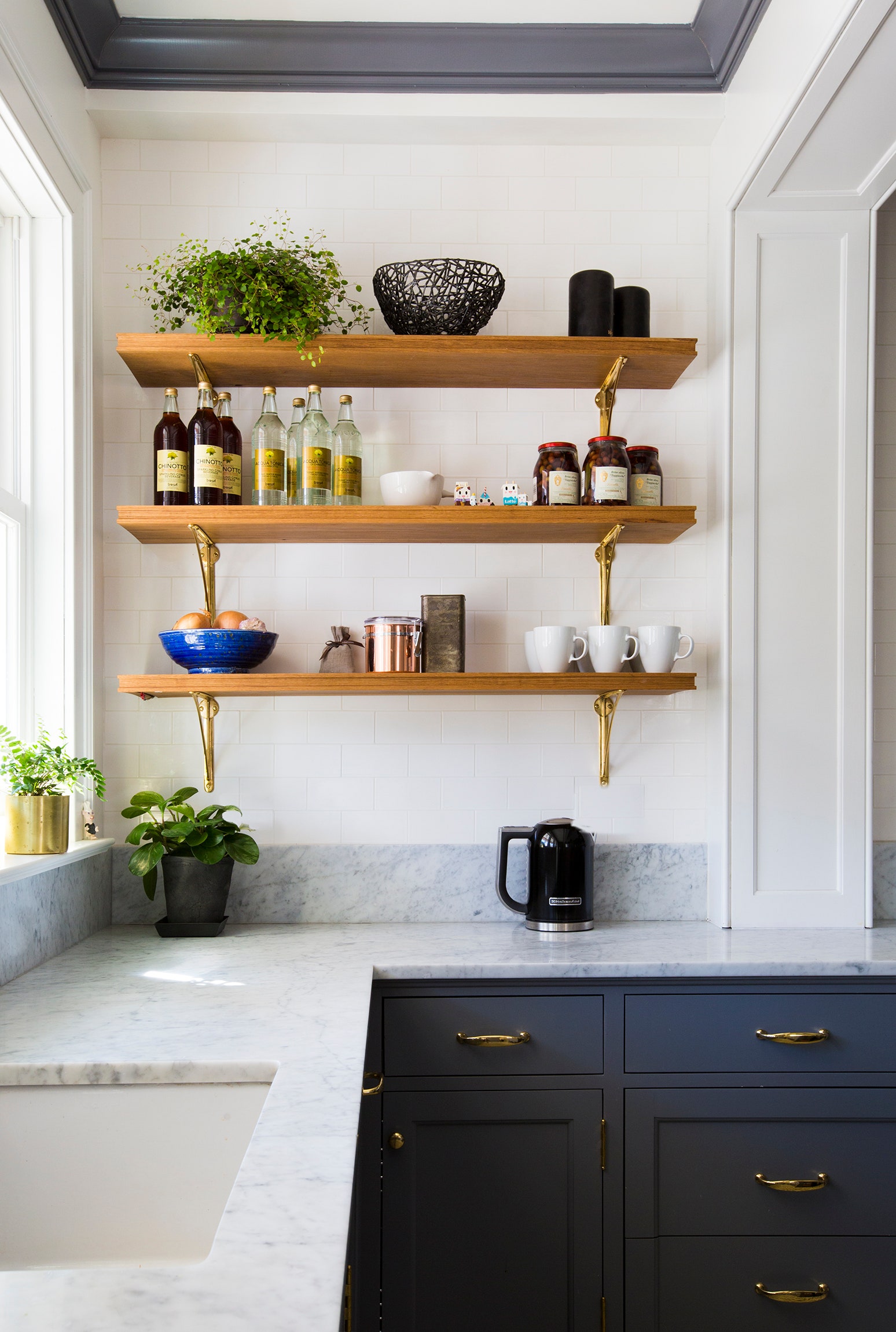 “We tiled the wall in white square-edged subway tiles with a very narrow grout line to enhance the natural light,” Nastasi says of this well-styled nook. 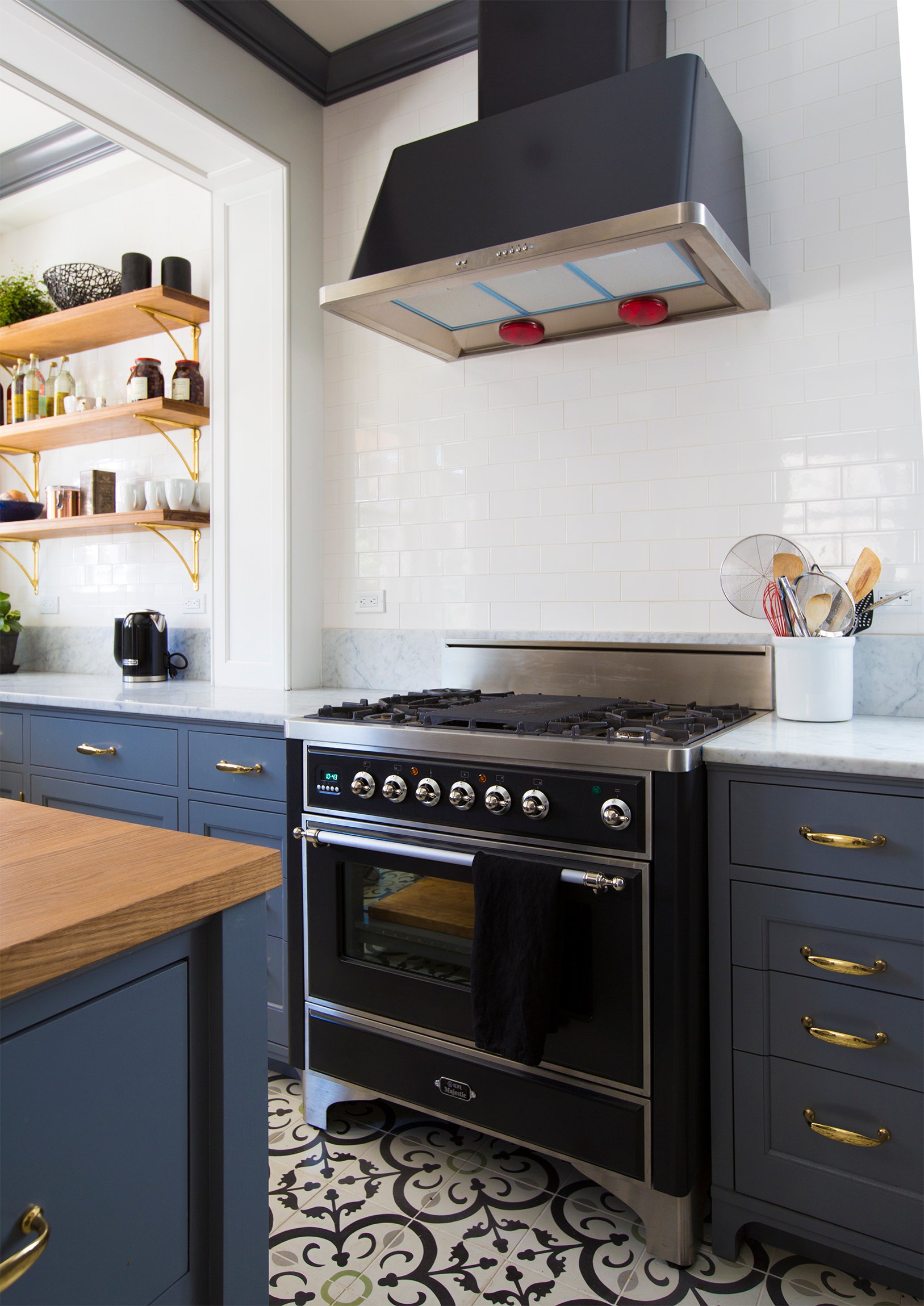 Nastasi installed a new range by Ilve. The homeowners chose a smaller hood to accommodate the husband’s tall stature. 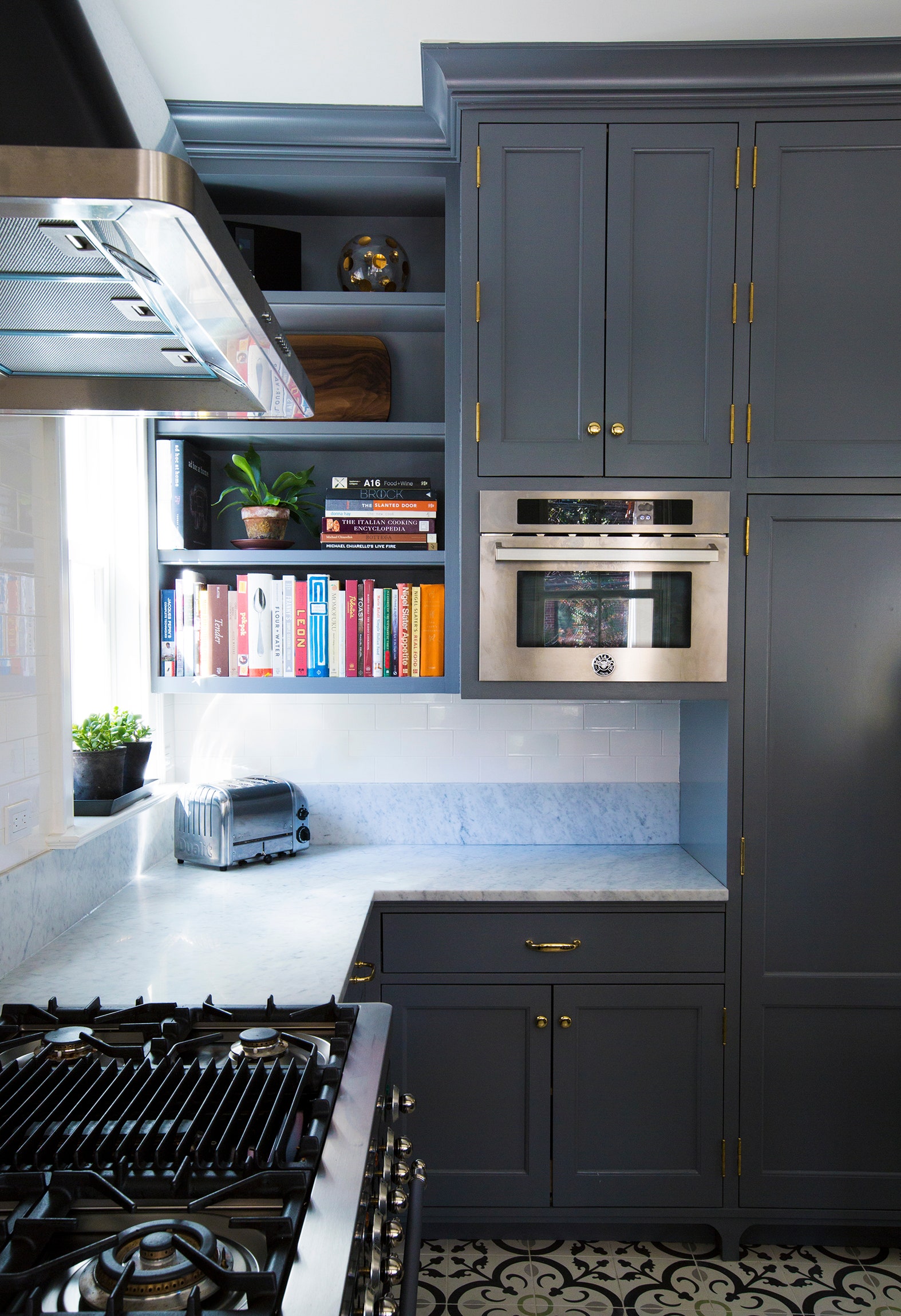